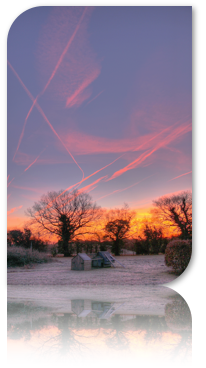 Research has shown that loud headphones are sometimes not just bad for your hearing, they can kill you. Well, indirectly.

Pic: A great sunrise yesterday but today, I’m not convinced that the sun rose at all.

“All my friends are feral cats, hipsters and scaredy rats, hobos and acrobats,” chimes lead singer Tyler Dudley in a moment of beatnik whimsy, before an irresistible bass line kicks in and refuses to vacate your brain.

The You Kids! album is described as a wonder: lovingly crafted songs that transcend synth-pop formula, laden with personality by odd flashes of weirdness – whether it be secretly recorded barroom banter or those glitchy chirps at the end of “Big Woman,” which is the first half of the “Pastels” single (we’ll have the other “side” in a week or two).

More impressively, You Kids! has improbably bottled The D.A.’s live sound. Through one major tour, countless local gigs and scores of daytrips (including two jaunts to Austin during SXSW), the quintet has become a live powerhouse that can get ankles swiveling, merch moving, and babies made.

Tyler has been known to hang from rafters, barking like a madman. Keyboards either titter in pleasure or shudder in fear at the wrath of synth maestro Cesar Muñiz. Michael Frisbey’s trumpet– alternately sad and buoyant – cuts through the din of chugging guitar, Steven Escargaza’s earworm bass, and Evan Tremper’s driving drums.

A second track in as many weeks and a remarkable track it is too, full of interest, multi-layered and yet still clear and enticing, like a musical architecture that you can walk around in, because it has designed spaces.

The Canadian singer/songwriter now makes her home in Berkeley, California, a perfect backdrop for her quirky and unusual style. While Lila writes within the boundaries of classic pop song structure, her songs could be called anything but traditional.

I’ve only listened to five tracks from the album so far and an hugely impressed by each. On the basis of those, I’d say that the two years of gestation are well spent. This is an album of great authenticity and maturity.

Never is a brand new track from Orbital which is available to download for free. It will appear on the forthcoming eighth studio album to be released in April 2012.

The Loneliness of Some Poems – Hydrogen Jukebox with The Ne’erdowells (NYC, USA)

HYDROGEN JUKEBOX, whose name derives from the culture-shifting poem “Howl” by the late great Allen Ginsberg, is New York City’s most innovative venue for spoken word paired with improvisational music.

It began in 2005 at various clubs in NYC’s East and West Villages, where poets and pick up musicians would step up to the open mike to mix it up together in the spirit of the Beats from days of yore. It quickly gained popularity and morphed into the progressively experimental and increasingly together happening it is today—for the past two years featuring a kickin’ alt rock/punk/funk/noise band with a genius for improvisation, THE NE’ERDOWELLS (with Davey Paterson, guitar; Matt Riganese, keys; Brant Lyon, keys; Mary Noecker, bass; Dave McKeon, bass; and Ry Pilla, drums).

The collaboration of The Ne’erdowells with eleven spoken word artists affiliated with Hydrogen Jukebox produced BRAIN AMPIN’, its first album in the summer of 2011, under LOGOchrysalis Productions, produced by Brant Lyon, originator and producer/curator of the Hydrogen Jukebox series, where “POEMusic explodes on the tongue.”

Hydrogen Jukebox are playing a show this evening, featuring the artists from the album, at Goodbye Blue Monday which you’ll find at 1087 Broadway in Brooklyn, NYC. Do a search for the address on Google Maps and then street view. Looks an interesting little spot eh? Doors at 8pm. If you’re picking this up after the show, a special hello. Let me know how it was.

Forget about the damage that headphones have on hearing.  Because according to a new study, there’s another problem: sudden and irreversible death.  In fact, the number of deaths and fatal accidents involving headphone-wearing pedestrians has tripled over the past few years, according to the just-published finding.  These accidents, frequently sudden and fatal, typically involve young, 20-something males walking around urban areas.

from Delhi to Sevilla DUB – Digital release Jan 23 (next Monday)

“A powerful Digital Folk voyage straight into the heart of the gypsy world and all the musical treasures to be savored therein, infectiously infused with the fire of electro Dub artistry.”

There was a bit of a flap last week, when the AMP site disappeared for a couple of days. It turned out that the domain was pointing to a different site. Still, it all got sorted out in the end. I just checked and it is just where it should be right now.

Rich Palmer from Audio Gumshoe in Ohio, USA is presenting show 318 and from Monday, Erk from Erk FM in Sydney, Australia will be up with show 319.

Having established himself with highly regarded hardcore acts like Amulet, it may come as a surprise that Norway’s own Torgny (aka Torgny K. Amdam) has chosen to delve into the electronic and pop realms of late.

However, the most pleasant surprise is that Torgny’s recent aural explorations bear none of the awkwardness one might associate with the transition. Rather than coming off like a thick-necked gangster in an ill-fitting suit, Torgny encompasses his new synth-laced electro beats like a well-tailored second skin.

Torgny has once again partnered with Marie Due on his forthcoming release, Trilogy. Each Torgny track features Due and is accompanied by a narrative-driven mini-documentary exploring the lives of Norwegian youth, courtesy of Emil Trier’s lens.