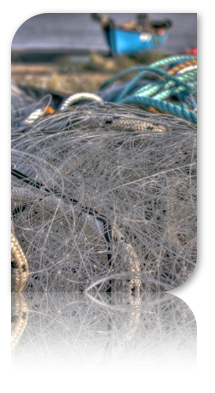 A week rather strongly influenced by a burmp to ze ‘ed on Sunday morning. I’ve been playing catch-up ever since which has left us with a rather shorter show than usual. The building project will be done in a couple of weelks or so and then things should get back to something like normal.

I suspect that these fishing nets on the beach at Sizewell look more attractive to us than to the fish.

Ana Popovic is an incredible guitarist/vocalist who was born in Belgrade, Yugoslavia and now resides in The Netherlands. Her career has been meteoric, and shows no signs of slowing down.

In 2000, Ana recorded her first release titled ‘HUSH’. In February 2003, she released her second album ‘Comfort To The Soul’. She recently released a LIVE CD/DVD titled ‘ANA! Live in Amsterdam’. The most impressive aspect of Ana’s music is her diversity of techniques and styles. Her blend of smoking electric funk slide guitar, jazzy instrumentals, tight blues groove, soulful feminine vocals and her incredible stage presence makes her an irresistible force in the music world.

“Unconditional” was recorded in New Orleans with Grammy-award winning producer John Porter along with special guests Sonny Landreth, Jon Cleary and Jason Ricci and finds the fiery guitarist in top  form ob her most blues oriented recording to date.

Manuel Lopes Andrade, aka Tcheka, was born on the 20th July 1973 in the port of Ribeira Barca, Santa Catarina district, on Santiago, the most African island of the Cape Verde archipelago. At a very early age, he began to perform alongside his father, Nho Raul Andrade, a highly popular violinist at the island’s village dances and festivities.

At 15, he began to develop a more personal style, based on batuque, one of Santiago Island’s more popular beats, originally played by women. One of the first pieces he wrote, “Man’ba des bes kumida dâ”, gave a clear idea of the musical path he wished to follow. His aim was to widen the appeal of batuque, turning it into a beat that everyone would love.

The album is released by Pete Cogle’s Angel Dust Records and is available from Jamendo.

Leave it Behind – Lee-Leet (Poland)

Lee-Leet is the independent singer-songwriter-composer who produces and publishes her own music. In 2009, she recorded and released her debut album, “State of Emergency”. In the spring of 2011, Lee-Leet released her second album called “Bare” where she sings about emotions using minimalistic means of expression i.e. only her voice and the piano.

Lee-Leet recently published a new album called “LEAVE IT BEHIND”. The new album is the third album since her debut in 2009 but the first one she arranged and recorded with her 5-member band.

AMPed Show #314 is hosted by Graham Holland of It’s A Frog’s Life Acoustic Podcast & Liverpool Acoustic Spotlight and Alan Carr from Darkhorse Radio will be popping up with AMPed 215 from Monday.

They are one hard working band, playing multiple gigs every week.