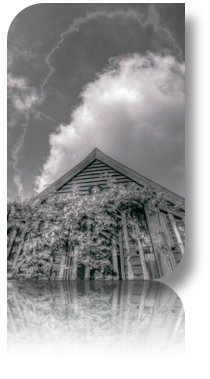 Music with a decidedly northern bias this week Marseille is the furthest south that we go for one track.

This week’s show title acknowledges that I’ve been racing with the sun to get the show completed an published before midnight on the server rolls around. Fortunately, because of time zones, this celestial fixed point doesn’t happen until it is 5 am in the UK.  Which, if I can keep my eyes open gives me a full 2 hours to complete the shownotes, upload the audio and get it published.

BTW – the Barn is fine thanks; it just looks as though it is on fire 😉

OK, so I played The Esoteric Gender a couple of weeks ago. I make no apologies for playing another track from the Prelude album.

A live studio performance of that song is in the shownotes for SnC 288.

I had the great pleasure of catching Ólöf Arnalds on my first night of CMJ last year. After a pretty stressful  journey from JFK into the city.

Music publicist Ariel Hyatt had called me to say get to the show because it was stunning. In that respect, as in so many others, she was dead right.

Ólöf was playing Googie’s Lounge (upstairs at The Living Room) on Ludlow Street in the heart of the LES and was the perfect antidote to a day of pressure and deadlines.

There is such a lot of remarkable, creative and, above all, beautifully crafted music coming out of Iceland these days. Perhaps it’s something to do with the long dark nights. I have a theory that music takes time to ferment and mature a rushed song is like home-brew beer, created and finished too fast, overheated and not at all palatable. Is it just me or can you feel the space and depth here in what is after all a fairly stright-forward song.

Portland’s HELLO ELECTRIC is minimal rock with a dash of power shine. Kirk Ohnstad, Henry Gibson, and Zachary Bendt are known for their dynamic live shows, which are centered on depth, intensity, and simplicity. Each member has a distinctive role, although they all have the same roots: the drum set. Rhythm is essential to HELLO ELECTRIC. Their live show combines real drums with electronics and pushes the low end with dark keys and thick synths. This takes shape with gritty guitar leads flourishing the heavy bass-driven backbone.

“I am inspired by minimalism, open sounds and emptiness. It’s a difficult place to be,” says Ohnstad.

The band’s next venture, Dead Champion EP, will be released on October 25th. HELLO ELECTRIC is set to hit the road again this Fall.

Having toured both Europe and North America. They’re set to hit the pavement again this Fall, with tour dates soon to come.

Listener OMas in California contacted me about a rather clever bit of Mac software which works alongside iTunes to improve the playback experience, having checked out his credentials (which are impressive) I gave it a try this afternoon.

I loaded the demo version of Amarra Junior and it really does seem to make a difference.

Described as a true hi-fi music player for your Mac. The output from iTunes is processed through Amarra to give a number of tweaks, for me the most noticeable quoted benefits are an improved soundstage and refined imaging. Everything just sounds clearer and bigger, putting me right into the music.

To be clear there’s no commercial benefit for me in your trying it out, I have no connection with the company and am not endorsing their products but their pedigree is seriously professional.

Very interesting. Give it a try for yourself and let me know what you think – there’s a 15 day evaluation package available at www.sonicstudio.com

The quartet closed out its recent European tour on stage in front of thousands at Trafalgar Square for the massive Canada Day in London. Sweet Nostalgia, the band’s follow-up to Western Canadian Music Award-nominated debut In the Lonesome Hours, will be released this fall.

Listen out for the upright bass, delicious playing from MARIE-JOSÉE (MJ) DANDENEAU

Ariel Hyatt at the PRS

Ariel Hyatt is founder Ariel Publicity, a social media PR firm based in New York. Ariel and the team are specialists in coaching musicians to build great on-line and live reputations. Ariel herself is presenting a seminar for musicians at the PRS in London next Tuesday and although places are limited it is a free event! Her focus will be on the direct relationship for musicians between creating important moments on-stage and off.

If you are a musician or even if you just know a one, I’m sure this session will be of real value. Ariel knows that of what she speaks and she’s a passionate end straight talking presenter. There’s also a beer and darts type pub meet-up afterwards. Event details at:

One‐quarter Cantonese, two‐thirds Manchou, the Chinese man appears to be from the Wu Tang Mountain, not far from Marseille, France. In 2004, the Chinese man (as we affectionately call him) decided to send his disciples around the world to spread the Zen spirit with old music samples and supersonic bass !

The video will probably give you as good an idea of what this bunch from Marseille are about.

Then take a look at http://youtu.be/y1Oo–ymqdU beautiful animation and graphics as well as great music frokm Chinese Man.