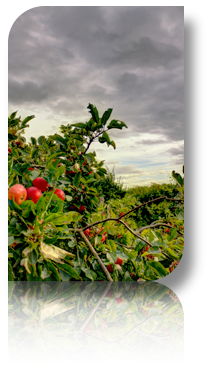 London and Manchester seem to be settled down after last week’s crazy riots which seem to have led to some very strange sentencing policies being dictated by our esteemed government.

I must admit that I’m a little puzzled as to how the apples are ripening without sun this year. They do look good though.

Canon Logic will release Rapid Empire on August 30, 2011 via Engine Room Recordings. Rapid Empire is a five song EP driven by striking rhythms and an unrelenting energy.  Themes of fear, solitude, risk, and perseverance are set against each other as a fractured narrative unfolds over dynamic soundscapes.

Achieving a growing popularity in their native NYC, supporting acts like Oh Land and the Lemonheads, and headlining Bowery Ballroom, they broadened their reach up and down the East Coast on tour, and the songs stretched even further, even landing placements on CSI:NY

A Brooklyn native by way of Atlanta, Sean Waterman has found his niche as the southern-based singer/songwriter with a sophomore EP to be released in August and a three-month tour starting this June.

His initial introduction to music was a little on the bitter side, as his mother wouldn’t let him quit his guitar lessons at age nine. Luckily, a relationship formed and by the age of seventeen Waterman began writing songs and performing at open mic nights while attending The Citadel in South Carolina. Instead of the usual studying, he found it much more useful to spend his nights writing and performing at bars around Charleston. Although he spent many years working on his music, it wasn’t until he moved to Atlanta that an album began to take shape.

While based in Atlanta, Waterman found time to record his debut EP,Locomotive Hearts (2010). This release gained attention from Internet radio hosts and indie filmmakers, alike. His most recent project, Dividing Lines EP, will be available August 15th from his own record label, Waterman Records and Phonograph. With a little help from Eddie White and Nat Mundy, Waterman was able to produce this acoustic album himself at the Awendaw Green Studios in Awendaw, South Carolina.

Waterman has spent the last two years focusing on songwriting and recording, but his heart holds closest to performing live, because, “there’s something about the energy from the crowd that never leaves you.” This summer, the singer/songwriter will be traveling across the South on a three-month tour in support of his upcoming release. Beginning in Atlanta, Sean Waterman can be found playing shows from Miami to Nashville. Also, look out for his debut LP anticipating release in the upcoming year.

“The songs flowed out from within us as though they had been holding their breath inside a smoke filled room.”

These are the words Johnny Beauford uses to describe the process of recordingDog’s Light, the debut album from Dallas quintet Bravo, Max! They reflect not only the group’s artistry, but also carry hints of the deep and constantly evolving personality of the band. Singer and songwriter Beauford (guitar, harmonica, piano) is joined by his cousin Ben Gastright (bass, mandolin, vocals), who takes the raw frameworks of songs produced by Beauford and nurtures them into adolescence and beyond. Filling out the lineup are Ellie Stevens (accordion, clarinet, vocals); Bob Loshelder (guitar, mandolin, bass) and Jonathan Jackson (drums), whose musical support and creative talents lead each song into full adulthood.

Critics and fans have described the music of Bravo, Max! as Indie folk, Americana, country, pop and even “Pirate Ship Rock”, but there is a post-genre aesthetic to the band’s sound that is born of artistic interpretation.

From the various artists album, Le Disquaire Day whoich Pete Cogle picked up for us at The Great Escape.

They do seem to have a web presence – but not ,much of one!

However, it would appear that you can get hold of the whole album at some participating record stores:

Having played Sometimes I a couple of weeks ago. I’ve secured a copy of the entire If We Never … album and an intriguing offering it is too.

A poignant, award winning video for Secret Window is at

Try very hard to watch it full screen and HD with headphones or decent speakers.

OK, we don’t hear a lot of hip-hop on Suffolk ’n’ Cool but this week an exception.

As Wikipedia reports: El-P (born Jaime Meline, March 4, 1975) is an American hip hop artist and entrepreneur from Brooklyn, New York City. Originally a member of Company Flow, El-P has been a major driving force in alternative hip hop for over a decade.[1] He is the co-founder, owner and CEO of the Definitive Jux record label. El-P is also a member of the Weathermen and art collective Cardboard City.

The track is available as a free download through the Adult Swim Singles Programme this summer, along with seven other tracks by a variety of artists. You’ll be able to download all the singles as a free album in a single click if you get over to

Ehrhardt was born and raised in a house of blues. Through years of playing music in clubs and juke joints, her guitarist father, Ed Ehrhardt, laid the groundwork for a love of blues that eventually lead to the formation of the Sena Ehrhardt Band. Sena has taken those influences and several years of experience to forge her own personal and intelligent take on the blues.

Though her band’s repertoire includes a wide range of blues, soul and funk cover tunes, Sena chose to record ten original compositions that she co-wrote with her father for Leave The Light On. Her songs are fresh and incisive, delivered in a style that moves effortlessly from sultry to declarative to passionately forceful. Her band – Ed Ehrhardt on guitar, bassist Steve Hansen and drummer Tim Hasler – performs flawlessly throughout, matching Sena’s drive and intensity.

The foursome of Ástrós, Eygló, Lotta and drummer Orri, started out playing small gigs in shit venues. They have risen to become one of the foremost rock bands in Iceland through years of playing whatever venue they can get, sticking through the sweat and broken strings and gaffer tape until early morning, and generally rocking the fuck out. All along the way they’ve grown harder and tighter. Harder and tighter.

All this gaffer tape and sweat shone through on “Pull Hard“, Vicky’s debut album from 2008. Aside from spawning singles like evil creatures fed after midnight, “Pull Hard” catapulted the band on tours to China and the United States.  There’s a rather good video of Feel Good on their main site too. The track is the first single from their upcoming album Cast a Light.