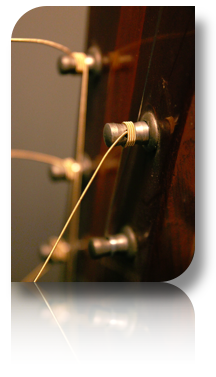 With thunder rumbling around to the south after a very hot day it sounds as though they are moving the furniture in Essex. It’ll be interesting to see how far we get through the show before the power goes off.

A predominantly US-based show this week (by chance not design) with tracks from California, New York, Boston, Michigan and to start us off, one quite remarkable track from Marseille in France.

One‐quarter Cantonese, two‐thirds Manchou, the Chinese man appears to be from the Wu Tang Mountain, not far from Marseille, France. In 2004, the Chinese man (as we affectionately call him) decided to send his disciples around the world to spread the Zen spirit with old music samples and supersonic bass !

The video will probably give you as good an idea of what this bunch from Marseille are about.

Then take a look at http://youtu.be/y1Oo–ymqdU beautiful animation and graphics as well as great music.

Like A Picasso, the first album in years from Grammy winner Bonnie Pointer, marks not only a return for the remarkable singer-songwriter but her re-emergence as unique singer and performer whose matured talents transcend any boundaries or genre. The 14 rock, country, gospel and pop tunes are each performed with a level of grace and authenticity that are destined to once again land Bonnie in the spotlight. No doubt about it, Bonnie is back.

The new album continues an unbroken musical chain that began in a range of San Francisco clubs back in 1969. Bonnie Pointer persuaded her younger sister June to form a singing act with her to find work in the vibrant and growing Bay Area club scene. The Oakland teenagers called themselves Pointers-A Pair and it became immediately obvious that what they lacked in experience they made up for in talent: their music was HOT. When the girls persuaded a third sister, Anita, to join them, they renamed themselves The Pointer Sisters.

This new act quickly developed a reputation as one of the top back-up groups in the city, while working with some of the top musical acts in the world. Elvin Bishop, Taj Mahal, Grace Slick, Jimi Hendrix, Janis Joplin and Led Zeppelin all used the Pointer Sisters for backup vocals or as opening acts for their San Francisco club dates.

Blue Thumb released the Pointer Sisters self-titled first album in 1973, with two songs “Yes We Can, Can” and “Wang Dang Doodle,” charting.

In 1979, Bonnie Pointer left the group and signed with Motown Records for whom she made three albums.

Soon My Work Will Be Over – Blind Willies (San Francisco, CA, USA)

Despite the roots all three share as rich tributaries of great American music, there have been few instances in which country, jazz, and pop rock have successfully come together within one band. It just seems like an impossible fit: corralling Stetson-hatted cowboys, cool-blowing jazzmen, and funky rock players into a single cohesive project, one that seamlessly blends these very distinct styles. It seems impossible, that is, until you’ve heard Tricked Out Country.

“Growing up in the Bronx I was exposed to all kinds of music, but not really a lot of country until I met Neil,” says Anthony, aka the HarmonyGuy, known around town for his masterful backup harmonies and, like Neil, a veteran of the New York club scene.

Back to Despair – Jack and the Bear (Ann Arbor, MI, USA)

From Ann Arbor, Michigan, where there is some grand folk rock being made. Jack & The Bear are next up in a long line of  future breakout stars coming out of this scene.

Following in the footsteps of acts such as Mumford and Sons and The Avett Brothers, Jack & The Bear attribute a similarly raw sound, that’s both haunting and regal. “Back To Despair”, filled with pulsating drums and heavily emotional vocals, doubles as a bit of a theme song for moving on with your life.

Comprised of two sets of brothers and a family friend, there is a sense of comfort in their recording process which gives the sound some much-appreciated togetherness. The use of 4 part harmonies as well as an exotic mix of instruments (mandolin, trombone, trumpets, and accordion to name just a few) make the group stand on their own. If this song is any indication, we’ll soon have another rollicking folk band to savor.

Jay Psaros will be performing a homecoming show at Boston’s House of Blues Foundation Room on September 9th. This show will celebrate his return after three months on the road across the United States and the release of his sophomore album On Up the Road. Psaros’ touring has taken him from Boston to Los Angeles, up to the Pacific Northwest, through Alaska and back. Throughout the tour, he performed over 35 shows and received praise along the way. Psaros’ show was noted as “staff picks” by both The Amarillo Globe in Texas and The Santa Fe Reporter in New Mexico. The Liberty Lake Splash in Spokane, Washington noted, “Seeing these musicians [Jay Psaros and his tour mate Olivia Brownlee] perform showed me what real artists they were.”

A report in Digital Music News suggests that independent record retailers may be even worse off than many had thought.

Despite their impressive cache and importance to real music fans, indie retailers come nowhere near level of tonnage offered by big box retailers, large chains and iTunes.  That’s according to Nielsen Soundscan, which found that just 8 percent of albums were sold through independent retailers last year, compared to roughly 56 percent from heavyweights like Wal-Mart, Best Buy, and Target.

And, 26 percent from iTunes, AmazonMP3, and other online outlets.  The rest, about 7 percent, came from online purchases of actual CDs, mainly from places like Amazon.

Having said all that, it should be borne in mind that not all independent record retailers will be reporting to Soundscan anyway. So perhaps there is hope. In any case please buy your music from people who love music, whether that is direct from the artist, from independent labels and from the small independent retailers. Music is about passion, get it from where the passion lives and you’ll pick up a bit of that too.

Suffice it to say that Dusty Wright has been around the block a few times over the past 30 years since moving to NYC.

Dusty described one episode that captures the essence:

I first fronted The Trolls, an acoustic duo that specialized in kid songs for adults. After several thousand gigs with my partner Didi, it was time to move on. Soon after, I cofounded the punk garage quartet Bastards of Execution (aka BöE). An East Village staple that pre-dated the Seattle grunge movement by several years, our  legendary shows at such storied venues like the Limelight and Downtown Beirut soon afforded us an international cult following. Our twisted originals and obscure cover tunes provided the perfect antidote for the pedestrian synth pop then coveted by the jaded rock press and pushed by the predictable FM radio playlists.

Needless to say, it was all too much and after two years we imploded.

A poignant, award winning for Secret Window is athttp://culturecatch.com/vidcast/dusty-wright-secret-window-music-video

Try very hard to watch it full screen and HD with headphones or decent speakers.

Enya Got Nothing – My First Earthquake (San Francisco, CA, USA)

We first heard from My First Earthquake a few weeks ago in 273 then again in 277 when I mentioned the video for Enya Got Nothing.

With the help of the good folks at Planetary, we’ve secured permission from the band to play the track for you. A relatively simple proposition but such a delight. I wonder how Enya’s taking it 😉