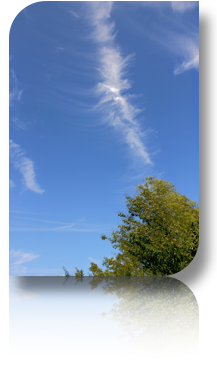 I think by the end of the weekend I’m going to feel as though I’ve been round to each of them.

Who needs an ash cloud? Codger certainly doesn’t since he’s in Berlin again and assures me that he doesn’t want to be stuck by his flight being grounded again. These, I assure you are just rather dramatic clouds spotted over the barn here in Suffolk this afternoon.

On June 14th, 2011, the band will release a limited run of the Kill Count 7inch’s available off-stage. The Balconies have wrapped up their recording sessions with producer Jon Drew (Tokyo Police Club, Fucked Up) to head out on the road for some special performances including two 7inch release parties this weekend in Ottawa and Montreal, as well as a slew of Ontario festival appearances including North by Northeast, Sound of Music Festival, Hope Volleyball Fest and more!

Here’s a video of a live performance of their song Serious Bedtime at Live 88.5’s Big Money Shot last October in which they won well, big money.

A prolific artist who draws influences as varied as Bach, Chopin, Leonard Cohen, Bjork, Tori Amos and Alice In Chains, Sarah has performed at the prestigious NEMO showcase in Boston and independently released seven albums to date. She has toured with Bauhaus and Delirium, and recorded with Peter Murphy, Leigh Nash and Iggy Pop on three yet to be released tracks.

On this release, Sarah layers her electronic/ambient signature sound with slightly bolder elements from rock and gothic artists who have inspired her for years. Lyrically, the album follows suit with Sarah’s previous releases, exploring messages of longing, isolation and love.

The Ballad of Rosalie – Cody Canada and the Departed(Oklahoma, USA)

With musical roots planted deeply in the red dirt of Oklahoma, Canada has been dreaming of paying homage to his heroes on record for years.  This project is a very personal one for Canada, who made the move to the musical hotbed of Stillwater at the age of 16.  “It was like the greatest place on earth,” Cody recalls. “I met Tom Skinner, Scott Evans, Bob Childers, Jimmy LaFave, the Red Dirt Rangers and they were all playing this really, really good music. I didn’t even know what Red Dirt was until somebody told me. I got turned on to it all and it’s stayed with me ever since.”

For the last 15 years, as front man for Cross Canadian Ragweed, Canada has helped to bring Red Dirt music to the masses. Ragweed sold over 1 million albums, played 220 plus dates a year and founded the annually sold out Red Dirt Round Up music festival.  The festival created a stir and landed on the cover of the New York Times “Life” section with a headline that read, “Alt Country has a little Red Dirt under its nails.”

The Ballad Of Rosalie is the lead track from THIS IS INDIAN LAND, the debut album from his new band Cody Canada and The Departed.  The album, which pays tribute to Oklahoma songwriters, is available for pre-sale on the band’s website at www.thedepartedmusic.com and will be available in stores on Tuesday, June 21st.

Once a year NYC’s most established independent indie publication gathers together la crème de la crème of the music industry in cities across America, and asks them to vote the most deserving title of Best Emerging Local Artist.

Each year, the Spring issue of The Deli (out in May) is entirely dedicated to the artists that made the Best of NYC List and to this live event linked to it.

107 artists including Fang Island, Delicate Steve, Turkuaz, The Rassle, Zongo Junction and many others have been selected by a jury of scene makers.

The Deli’s NYC B.E.A.F. will span across 5 of Williamsburg’s finest LIVE venues featuring the stunning Brooklyn Bowl, DIY hub Glasslands, the infamous Knitting Factory and the main venues in the beating heart of the burg: Public Assembly and Cameo Gallery.

Old friends of the show Arschpopeng are essentially a carnival band, or at least they seem to come out to play at carnival time.

I have no idea what the song is about and can only hope that you don’t know either!

Ralf, from the band, tells me you can download the song free and legal on their site.

Matt Andersen at the Barn in a few weeks

Following on from his appearance on SnC show 265 in March, Matt is coming over to the UK next month and has happily agreed to grace the barn with a session for us. What a treat.

More news on that when it gets closer.

I’ll see if I can fit another track in next week.

I can’t tell you a lot but I do notice that there have certainly been quite a few enthusiastic reviews on Jamendo.

You can download the whole album called DefectiV (not to be confused with Defective Records in Baltimore or Defected Records in London) from www.jamendo.com/en/album/82972

CWF seems to have a collaborative relationship with BertycoX who is a friend on Jamendo.

Register with Jamendo and make a few friends, you’ll get an astoundingly eclectic selection of recommendations. When you find something that really appeals, let me know ands we’ll see if it can fit into the show.

Rocks-Off is one of the most infamous concert promoters in New York (famed for their live rock boat shows) has launched a series of walking tours in NYC.  The two inaugural walking tours include The History Of Art, Crime, Drugs and Punk Rock on the Lower East Side (a guided tour given by John Joseph of the legendary Cro-Mags) and The Past, Present and Future of Rock & Roll in New York City (given by Jake Szufnarowski, owner of Rocks-Off, talent buyer and concert promoter for many legendary clubs in NYC and front man of international touring juggernaut, Tragedy: “A Metal Tribute To The Bee Gee’s”).

John Joseph who detailed his infamous life in his celebrated 2008 autobiography The Evolution Of A Cro-Magnon has been a first hand participant in the history of punk and its ground zero in New York, The Lower East Side since 1977.

Both tours are given weekly in-between Thursday-Sunday.  Tickets for the tours can be bought at:

Louisiana band MyNameIsJohnMichael is looking forward to an active 2011, playing The New Orleans Jazz & Heritage Festival and French Quarter Fest, all the while wrapping up their sophomore album.

New Orlean’s influence is clear in the band’s funky approach to crafty singer-songwriter pieces. MyNameIsJohnMichael is a 6 piece indie rock band born and raised in New Orleans, which began as a solo project in 2008 when lead singer John Michael Rouchell accepted a friendly challenge to write, record, and release 52 songs in one year. Only 4 months into the project, a more realized MyNameIsJohnMichael was born, and in March of 2009 the group put out their self-released debut album, “The People That Come and Go.” The tracks on the album came from the 52 songs of 2008 and were voted on and selected by fans.

The current host is well, er, me again.

From Monday my buddy Ro Cutler of DarkCompass presents AMPed 285 direct from his triumph of a Podcrawl last week. Thoroughly researched and a great crawl. OK, we didn’t get all the pubs covered but it was really most enjoyable. We even had some live music from Nick Tann.

A band with a name like My First Earthquake requires an epic creation story. Singer Rebecca Bortman felt her maiden rumble only minutes into the first songwriting session with bandmate Chad Thornton, and the name was thrust upon them. Four years later and the duo is a quartet releasing their fourth recording, now shaking the ground at a more musical frequency.

As a band-imposed mandate, each album name must be both seismic and sexual, but only one word long. Since that first rumble, the band has released a full-length, Downstairs (2009), and 2 EPs — Tremors (2008) and Crush (2010).

The band’s second full-length release, Friction, promises to take the band to new heights. The album was fan-funded through Kickstarter in just 3 days, with the band ultimately hitting 155% of its goal. My First Earthquake reunited with producer (and Mercury Rev bassist) Anthony Molina.

The release party will be at Cafe DuNord in San Francisco on June 8.

Actually the location on MySpace is given the totally appropriate name of Noisy le sec which I though for a minute might be a pun but no, it really exists, just outside Paris to the east. Check it out.