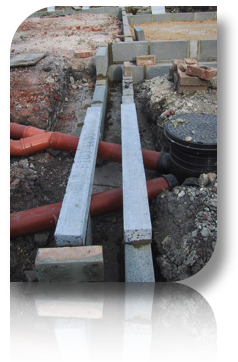 A rather shorter show than normal this week. My time is being squeezed hard by a building project on the go here, next to the barn. I’m working with my builder friend Roy Evans to build an annexe for a lovely elderly relative who is not really able to cope any longer alone in her own home. The exercise is undoubtedly doing me good but I not so sure that the stress levels (semi-panic) are equally useful! Oh well, we’ve sunk a lot of money in the ground, now Roy can get on with something constructive.

Guitarist Joel Schneider and drummer Ethan Jacobsen epitomize the purest distillation of rock, blues and punk. They both hail from other notable Seattle bands, but their sonic chemistry became immediately apparent when they began playing together. Very quickly they were offered a show and needed a name. Since they both felt like they were playing music that they had kept to themselves in prior bands they referred to that feeling as their goodness… therefore My Goodness. Like their fated-meeting, their music grabs you from the very first impression and draws you in for more and more. These two have harnessed the essence of their influences in a most compelling and uniquely rich way that spills out of them and rips in to the heart of rock and roll.

Their upcoming release will be their 2nd LP (after 2008’s Stolen Sounds) and it’s appropriately titled Lisa Savidge. Originally founded when Dan Somers (having gone somewhat mad during brief but illustrious career doing Very Bad Things as an intelligence operative for the government) decided to turn his efforts toward good instead of evil. Toward this end, he assembled a band of merry musical miscreants – a violinist on guitar, a classical percussionist on drums, an electronics wizard on keyboards, and a technical guitarist on bass – to build soundscapes as lush and gigantic as possible.

The Real Nasty serve up a completely fresh approach to blues-based country rock. Consider the instrumentation: front man Ryan Lukas plays an upright bass, while percussionist Matthew “Smitty” Smith plays a trap-set and provides backbeats using an afro-Cuban box drum known as a cajon. With bluegrass influenced Jacob Groopman rounding out the lineup on electric guitar, the result is an utterly unique sonic blast of blues-inspired rock mingled with a hint of old-time country authenticity.

These San Francisco Bay Area boys, who come from serious musical pedigrees that include The Crane School of Music and the Oberlin Conservatory

In the aftermath – Smith, Perkins and Smith (Birmingham, Alabama)

The first real band I worked with after leaving college. Their self-titled album is in the vein of Crosby Stills and Nash and beautifully executed. Their second album more accurately reflected their live shows which really rocked. Unfortunately the band split before the album was released so those superb 2 inch tapes must be sitting in a storage box somewhere, almost unheard.

Wayne Perkins went on to work with The Rolling Stones, playing lead guitar on the Black and Blue album andf, of course the lead guitar part on much of The Wailers s eminal album Catch a Fire. Probably the most distinctively Perkins track being Concrete Jungle. There is a video on YouTube of Wayne talking about his first contact with reggae at http://youtu.be/U8tCBI3LneI

The Smiths were Steve and Tim, brothers from Birmingham Alabama who wrote most of the songs. All worked at the Muscle Shoals Sound Studio in Alabama. (Mentioned last week).

Probably not podsafe but do we like living dangerously? Hell yeah!