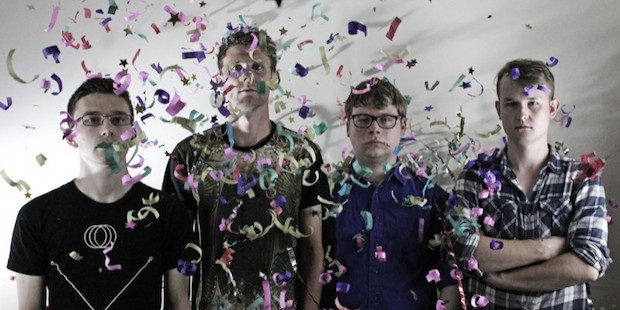 Tonight We Fly are singing in a Bath – the one in southwest England.

We’ve gone a bit dubby this week with a couple of artists from the excellent A Quiet Bump net label in Sicily. Boo Boo Davis brings us back to our blues roots and then gives it all a bit of a twist and to start a great sound from Bath, here in the UK. 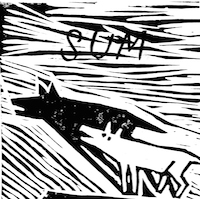 Tonight We Fly formed early in 2014 in Bath, Somerset, and are made up of members Jack Godby, Tom Summers, Ned French and Craig Spensely. The band seem perennially in love with the notion of true ‘indie’ music, referencing a time when the best place to hear British independent music was when it was being introduced (and occasionally played at the wrong speed) by John Peel, back in the days when BBC Radio 1 still saw a value in occasional risk-taking.

Whilst their style may hark back to the ‘shambling’ bands of British indie music’s true heyday, Tonight We Fly’s attention to detail in both lyrics and music is formidable, and cheerfully rewards repeated listens.

Their music is a welcome reminder in these heady times that the ones convictions are oft best expressed with a sad-sack demeanour and an unwavering appreciation of persistently cloudy skies.

The Bath and Bahamas connection?

A belated thanks to Jalal who left a kind comment on the show notes for show 246 a couple of weeks ago to say “Another nice one Clithers” and that he regarded Dálava as a particularly good find and that he’s looking forward to their album coming out next month. I also see that he appears to have a Bahamian connection through WildQuest who run venture swimming with dolphins in Bimini – well, there’s a happy co-incidence. The I’ve been is swimming with a remarkably inquisitive barracuda on a small reef off Long Island, way down at the other end of the Bahamas. It was pretty amazing though.

Diggin In Ya Boongie – D Mac 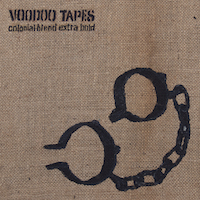 Voodoo Tapes is the pseudonym of Giovanni Roma (aka Blob). It began in 2011 for an irresistible impulse to perform digital dub vibrations. There is no other reason why this project was born over the trance of bass, hi-hat and spring reverb.

This comes from the latest release on the excellent A Quiet Bump label in Sicily. 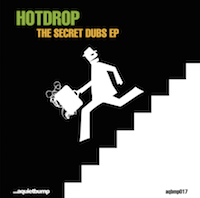 Hotdrop was born in the winter of 2004, in dark rehearsal rooms of Madrid”s suburbs, where the irresistible attraction for Jamaican rhythms made these reggae lovers take the same direction. The band grew gradually, thanks to underground jam sessions, summer recordings and amazing coincidences…Long inspired rehearsal nights did the rest. But the road is long and Hotdrop’s story suffered many encounters and farewells, until it reached the stable musical line up that currently creates its mystic reggae-dub sound.

Hotdrop have been busy lately, touring in the main cities of Spain opening for important artists such as Toots Hibbert, Slackers, Baba Toure, Heptones and heating the waves of many reggae radios across the world. Hotdrop is preparing now the tracks of their next album, so stay tuned. They are now presenting their latest record “No barriers”, a vinyl EP full of hypnotic rhythms and special vocal collaborations.

www.hotdrop.es/  (not working at date of show)

Were we late last for the subscriber download last week? If so, sorry, it was my finger. Ot didn’t press the wrong button but it failed to click on the final crucial publish to iTunes button at Libsyn.

Boo Boo Davis is a survivor and belongs to the last generations of musicians that write and play the blues based on first hand experience of a hard life in the Mississippi Delta.

He was born and raised in Drew, Mississippi in the heart of Delta. It was the richest cotton land in the South and the large amounts of field workers attracted the best musicians from the surrounding areas. The entire Delta region was rich with blues, but the town of Drew was a particularly fertile one. Charley Patton stayed near Drew for many years and several legendary performers spent time there. Sharecroppers sang loudly to help pass the greuling hours of work and without a doubt Boo Boo developed his loud, bellowing voice based on the singing he heard in the fields as a young boy.

Boo Boo Davis used to play the renowned blues club Tubby’s Red Room in East St Louis with his brothers, as the Davis Brothers. His raw uncompromising blues sound, reminiscent at times of Howling Wolf, has been given a really interesting twist by Jan Mittendorp at Black & Tan and the Blue Acid Team near Amsterdam who explain that:

“We started with recording his vocals and harp parts and afterwards BLu ACiD created a musical background for these vocal tracks. What you hear is a voice from ‘the delta’ running into 21st century technology. Like moonshine, this music was slow brewed in seclusion during all-night-and-day marathons attended only by the two BLu ACiD members and the ghosts of the past, who were eager to have their voices echo into the modern world.”

It certainly works for me.