“Sex and drugs and rock n roll” better than “Botox, tits and auto-tune” 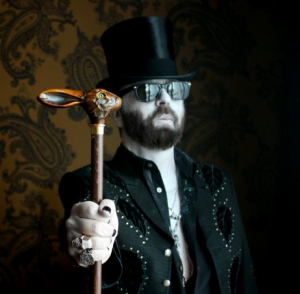 OK, so how do I know? Well a bit of a give-away is that he was tweeting to his @DaveStewart Twitter account at the time. It has been suggested that he was jet-lagged and/or drunk, but regardless, I think he spoke his highest truth and expresses how a lot of us feel about an awful lot of big label music right now. So what did he say? Well here are the relevant tweets:

“AMA’s ridiculous why is evrything like a pole dance… What have we come to.”

“We used to have amazing artists now it’s fucking ridiculous , record labels are to blame”

“Rhianna I’m sure you could be interesting but wht the fuck are you doing , who the hell is writing these ridiculous songs”

“AMA’s get a life American Music Awards , where is the music?”

“I love new young artists with something to say , in any style of music  what would Lennon think if he was alive he would throw up”

“Ama’s I turned off because Not one thing was real , now listing to Buddy Guy LOUD”

“Fucking TV crap , everyone is in a panic (partly by the way is because 90% of music is now downloaded for free) so spiralling downwards”

“Signing off with last comment , bring back “sex and drugs and rock n roll” better than “botox , tits and autotune”

Yes, he was obviously angry and, in my opinion, that anger was honestly felt, clearly expressed and fully justified.

I’ve been wondering for some time why so many musicians have to go through the nonsense of a dance routine. It is almost as though the director, labels, management or whoever don’t want us to notice that he/she may just have a great voice. I’ve been wondering for a while why we can’t just listen to and watch someone making music; that’s where the alchemy is to be found. Not in bloody choreography.

As is blatantly obvious from the number and of tracks I get submitted every week and from those that really have what it takes, the music business is actually going through quite a boom right now, more live music than ever, music available in decent quality from so many sources and fans hooking up with artists through channels such as Facebook and Twitter to create and manage their own sustainable careers.

Yup, the music business is doing just fine; I’m not so sure about the record industry though. Every dramatic lurch the big labels make looks more and more like a death throw. It must end soon, surely. I suspect that the remaining big labels will become mainstream entertainment companies and may do quite well with pretty boys and girls dancing nicely to appeal to a very young, pre-teen market.

* [Actually, add to that the nostalgia market. I just saw that The Beatles sold 450,000 albums and 2 million individual songs in their first week on iTunes].

The real/ indie/ DIY/ DTF music business model has changed so radically with the advent of digital technology that it will take a little time to settle down. But we live in exciting and unpredictable times, out of which will surely come another wave of amazing new music and exciting means of getting it out to making a living.

I can’t and won’t believe that is really is impossible to make a living in music other then through through “Botox, tits and auto-tune”.

Hardly “living” is it?