A vast majority of Canadians – 85 percent – say that music plays an important part in their lives, and a full 90 percent agree that it is the musician who should receive most of the proceeds from an original song, according to a new national survey conducted by Léger Marketing on behalf of SOCAN (the Society of Composers, Authors and Music Publishers of Canada).

Ben Caplan (from Nova Scotia) came over to play a storming set at this year’s Great Escape Festival.

And when it comes to who Canadians would most like to share dinner or a drink with, a famous Canadian musician was chosen ahead of actor, athlete or writer, with politicians also bringing up the rear.

I wonder what the stats would look like where you live. I have a gut feeling that music may not touch people to quite the same extent in the UK where (maybe) TV is a bigger cultural mover than music.

If you’ve seen any comparable figures from your neck of the woods, let us know in the comments (below).

Interestingly, when it comes to enjoying a meal or a drink with a famous Canadian, more women picked a Musician (26%) than did men (21%), although “Musician” was the top choice for men and women combined. According to the research, nearly every province is almost equal ranking the company of a famous Canadian musician first when cracking open a cold one.

When they go on vacation, a portable music player was the strong number-one choice of a full 29 per cent of respondents, chosen substantially more than Sports Equipment (9%), DVD Player (6%), or a Video Game Console (4%). Books led with 49 per cent, and with books and music increasingly delivered on the same device, the future for vacation music is even brighter.

“Many Canadians might assume that we appreciate our music, but even we were surprised at how strongly positive the responses were to these questions,” says David Scholz, Léger Marketing executive vice-president. “The research was conducted following the 2012 Olympics, so Canadians choosing musicians ahead of athletes as the people they’d most want to spend time with is a testament to how much we love our musical artists and songwriters.” 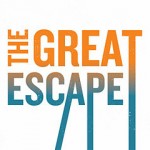 Canadian musicians themselves might be interested in this invitation to apply for inclusion in The Great Escape 2013 where  SOCAN will co-sponsor (along with CIMA, the Canadian  Independent Music Association) the Canadian Blast and Canada House which was a great show this year.