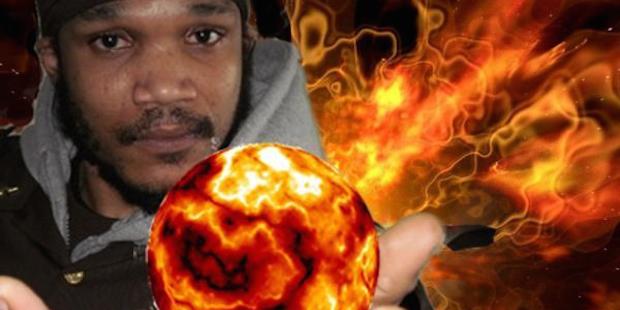 Ras Fiery brings some powerful reggae chant to the show this week.

A moderately acoustic show this week with tracks from UK-based solo performers Mister Bicester and Funke and the Two Tone Baby, some beautiful Arkansas harmony and southern vibes from Little Chief and Turchi, spoken word over trance from Manchester, some fiery reggae from Toronto and to mark the first warm days of spring here in Suffolk, what could be destined to be the summer anthem this year from Melbourne’s Young Hearts remixed in NYC by The Chainsmokers. 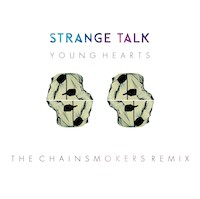 A few short weeks ago, Strange Talk released a brand new single, Young Hearts to the world. Within a few short days it hit #1 on Hype Machine, garnering some solid new press and nearly 150,000 plays.

Shortly thereafter, The Chainsmokers, who formed as electronic dance music producer DJs in 2012 in New York City picked up on it. In 2012, they had collaborated with Indian actress and recording artist Priyanka Chopra for the song Erase. More recent remixes have been for Bastille & Ellie Goulding & soon-to-be Chromeo). They said: “Well Strange Talk is rad, Rolling Stone describes their new EP as the perfect blend of Daft Punk meets Phoenix and as compliments go, it pretty much doesn’t get any better than that.”

Commanding, crisp, and energetic: Cast Away, out April 29, 2014, is the highly anticipated debut album by  Strange Talk. 12 tracks of indie-meets-synth gems including the anthemic electro-tinged debut single Young Hearts.

The remix immediately shot to #1 on Hype Machine too and has garnered nearly 500,000 plays to date. 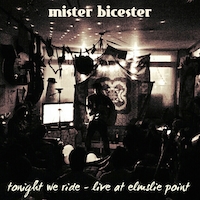 It is from his album Tonight We Ride – live at Elmslie Point, recorded completely live at Foof Records’ premier East London venue, this is Mister Bicester doing what he does best. Raw, intimate and energetic, this is a warts-and-all document of a perilously hot summer night in London, the sound of one man baring his soul in front of an enthusiastic audience of fans. You can download the album free from Foof Records.

That’s the first of two tracks from Foof Records which are available on a free sampler album.

“Mister Bicester is currently the one-man project of Howard Grater. A live album (‘Tonight We Ride‘) was released on Foof in 2013, which shows just why we think he is the creative lovechild of Otis Redding and Black Francis. Awesome songs, awesome voice… His music gives you a hard slap around your chops, but in a way that makes you think you probably deserved it.” 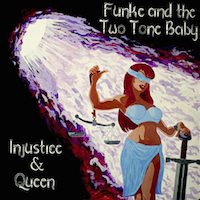 It’s great to have an excuse to play one of Dan’s track’s again. I’ve deliberately chosen an old track (from 2011) so that you can compare it with his latest video for Bella’s Kiss which is on his most recent album Battles and which he performed live here at the barn last year.

After a mid-winter break from live shows, he’s back with dates throughout March and beyond and he’s lined up for festival fun this summer.

Once Upon a Time in the West, Secret Location – The West

More dates on his site at: 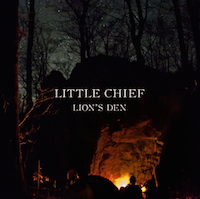 Since their inception in 2013 Little Chief has seriously impressed and with the release of Lion’s Den last week the group will be hitting the road and undoubtedly collecting more followers to their growing ranks fans known as “the tribe.“

Turchi is kudzu boogie, a blend of slide-guitar fuzz and Deep-South trance, growing new branches from the deep roots of American music.

Turchi released their second album Live in Lafayette (March 2013, Devil Down Records, recorded live Nov. 2012 in Lafayette, LA) with featured guests John Troutman (The Mendoza Line/Little Band of Gold) on pedal steel and Brian Martin on Harmonica. The album captured the live energy and groove the band had built on the road, stretching out the songs to sink deeper into the night-train boogie, and received rave reviews in the US and abroad.

The band is focusing on preparing for and touring in support of the release of their next LP, Can’t Bury Your Past is due out on 22 April 2014. 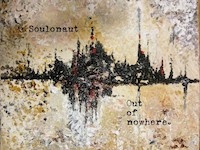 A glance at his Soundcloud page shows an impressive catalogue of work, covering deep house, techno, breakbeat, R’n’B, hip-hop and his very own ‘Electrick Waffles’…

“This sheer variety will take you on a comprehensive journey through the possibilities of electronic music, and will make your life a little funkier in the process. Foof Records has released his debut album ‘Out Of Nowhere‘, which was intended to be a mere 4-track EP before exploding into a full-length album, and a rather eclectic and wonderful beast it is too.”

You can get the whole album free from Foof Records and while you’re there, do pick up their sampler album, also free. 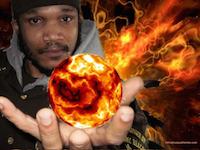 Four-piece band from Canada led by Allan Knights otherwise known as Ras Fiery, born in King’s Town and raised in Redemption Sharps, St. Vincent.  He was exposed to reggae culture from a very young age.  Ras Fiery shares his love for reggae music with anyone willing to listen.  He has been inspired by reggae artists like Bob Marley and has been exposed to the powerful  teachings of His Imperial Majesty from the enlightening  words of his Father. ““I could always vision myself in this foreign land spreading the words of Rastafari.”  Ras Fiery’s prophecy was fulfilled in 1995 when he moved to the city of Toronto with an upright attitude and determination to prosper on this side.

Ras Fiery holds a strong dedication to reggae music. His chanting brings an uplifting vibration that most can relate to.  In his music we can hear about the struggles of Rastafari people and about how we can make great changes through organization.

This fiery spirit is prepared for the awakening of our culture.  He expresses his views on balance in creation, holding fast to his faith in King Selassie I and Empress Menen.

Look out for his album called “Consisting Heat” coming soon to local record stores near you!